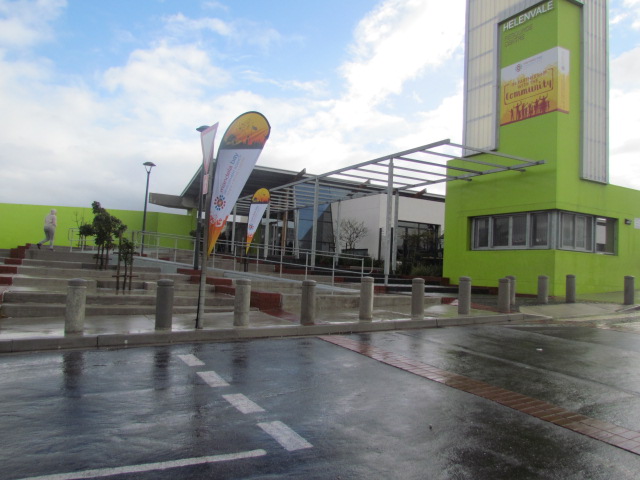 The Safety and Peace through Urban Upgrading (SPUU) programme has gathered pace since its inception, despite teething problems and some snags along the way… Officially, the SPUU commenced on 3rd of February 2014. Prior to the official commencement, the Mandela Bay Development Agency (MBDA) had already put into place a number of interventions, programmes and a community participation structure. The concept of a community participation structure was to maximize citizen participation by devolving leadership to the grassroots level. In pursuit of this objective, the MBDA proposed that citizen participation be organized around the four voting districts (VD) of Helenvale, with communities electing 5 leaders from each VD, to the leadership structure – the Programme Advisory Committee (PAC). A major milestone is when the SPUU Masterplan was submitted to KfW Bank of Germany (the funder) and approved in January 2015. This meant the project had a vision and plan that all stakeholders could rally around. In the meantime, some of the project proposals in the Master Plan were initiated, and the technical planning commenced. First off the blocks were Social Services, whereby the Department of Social Development (DSD) and two NGO’s- PE Mental Health and FAMSA – commenced services at the Helenvale Resource Centre. A third NGO – SANCA joined the services provision team in 2015. MBDA provides offices at HRC as a base for provision of services, and facilitates meetings, discussion and coordination of services as well as monitoring and reporting. The technical planning process for the various infrastructure and school improvements commenced in October 2014, and design was completed in April. Other than all the physical infrastructure and social programmes implemented, the creation of the Community Development Fund (CDF) was significant as a mechanism for local NGOs to apply for and access funding for local small-scale projects. The CDF is there to support community initiatives which contribute directly and indirectly to the project components. Projects are categorised as follows: Category 1 projects: Small to medium projects that need operational investment and that can be planned in advance and are complementary to the outcomes of the SPUU. Applications from registered organizations (NPO) are received by the SPUU team on a quarterly basis and projects are subject to approval by the CDF approval committee that includes representatives from the Helenvale community. Regular visits to monitor the projects are conducted. Maximum CDF grant budget of R25, 000 per individual project. Category 2 projects: Once-off ad hoc projects i.e. events; sponsorships etc. that cannot be planned in advance are regarded as un-scheduled applications and occur on an ongoing basis. Maximum CDF grant budget of R 10,000 per individual project or event. To date the community development fund has supported 18 Community Based Organisations in Helenvale under category 1 and 6 events under category 2 since January 2016 when the fund became fully operational. The process for a second round of funding for those who have completed projects successfully has commenced. Maximum CDF grant budget of R35 000 per individual project for second round applicants. The following are some of the NPOs who have participated from the CDF and completed projects successfully under category 1 with projects focusing on early childhood development, feeding schemes, alternatives to violence programmes, and various peace promotion activities etc. 1. Grassroots – Early childhood development centre 2. Mak-Hasie educare centre – early childhood development centre 3. Resurrection and life ministries – Alternatives to violence programmes 4. Wecosa faithful ministries – feeding scheme 5. Helenvale youth enrichment programme (HYEP) – Non centre based early childhood development centre 6. New Life Pentecostal church – building and youth activities 7. Helenvale white door centre of hope – awareness campaigns